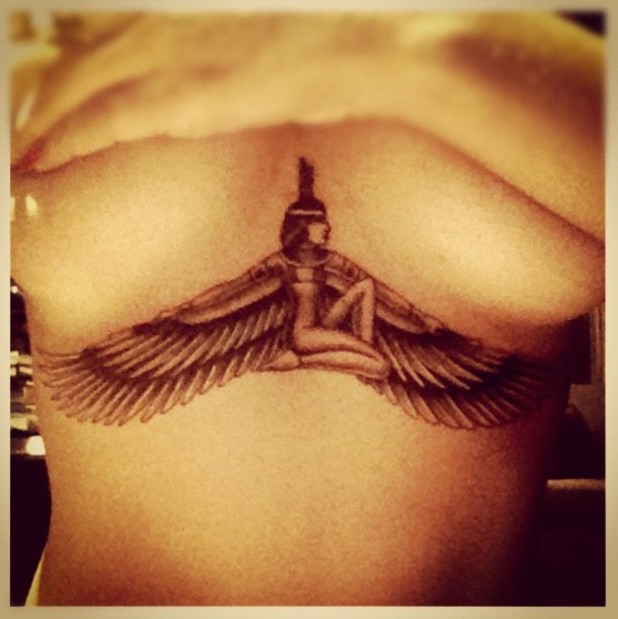 The 24 year old singer tweeted the snap of the inking across her ribcage along with the caption: "Goddess Isis- Complete Woman - Model for future generations- #GRANGRANDOLLY - always in and on my heart #1lo."
Isis is the ancient Egyptian goddess of motherhood, magic and fertility. The star had it etched under her breasts at a tattoo parlour in central London ahead of her performance at last night's London 2012 Paralympics Closing Ceremony.
Rihanna now has a total of 18 tattoos, including stars on the nape of her neck, 'Ssshhh' on her finger, skull and cross bones on her ankle, and two guns under each arm.
See pictures of Rihanna and Lady GaGa celebrating at the London 2012 Paralympic after party here. 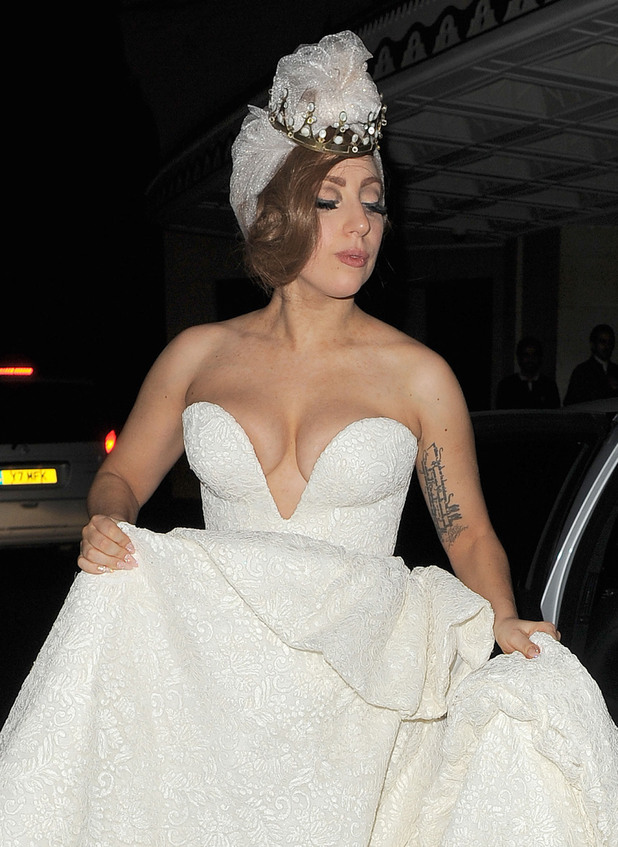 Lady GaGa arrives at the Arts Club for the Paralympics 2012 after party, Lond
Posted by Unknown at 09:36