Miley Cyrus and fiance Liam Hemsworth have put their devotion in permanent ink, channeling a former president to express their passion.
The couple, who announced their engagement in June, showed off matching tattoos on Thursday that are excerpts from a 1910 speech by former President Teddy Roosevelt.
Hemsworth posted a photo of their new arm art on Instagram.

Liam Hemsworth posted this picture of their tattoos.

Cyrus’s tattoo, written in a lowercase script, reads, “so that his place shall never be with those cold and timid souls who neither know victory nor defeat.”
Hemsworth’s ink says “if he fails, at least fails while daring greatly.”
The couple’s united body art statement comes less than a month after the former Hannah Montana star sparked split rumors by posting a series of cryptic messages on Twitter.
“Ever feel like you want just.... something more. not sure what exactly... passion perhaps?" she wrote.

She later squashed rumors the two were squabbling, tweeting, “No, there is not trouble in paradise .... just thoughts,” adding that she was “having some quality fiance time” with the 22-year-old “Hunger Games” star.
Cyrus, who has undergone a bit of a physical transformation in recent months, showed off her short blonde locks and Pilates-toned figure on the the “Tonight Show” with Jay Leno on Friday.

We're loving CR Fashion Book's latest tongue-in-cheek editorial, shot by Brigitte Niedermair and edited by Shiona Turini, featuring fall's best red shoes, plus strategically placed temporary tattoos. Hello Kitty, sure, but hello, fun fall idea.
ITG pal Langley Fox Hemingway has been known to sport some glittery decals, telling us, "The more ridiculous the better." As for where to purchase, "Drugstores and car washes have the best ones," she says. "I picked some up at Kings Pharmacy in Brooklyn recently. I don't mess with online shopping." That being said, we found some good ones here. Oh, and don't forget a little leg oil.
Posted by Unknown at 06:47 No comments:

THEY ALL KNOW TATTOOS ARE FOREVER. RIGHT? 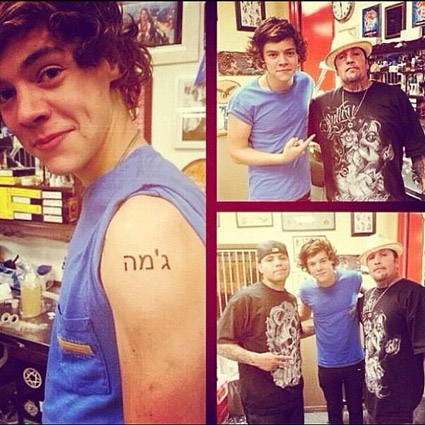 Harry Styles got new tattoo recently on his arm while out in LA.The tatt is apparently his sister Gemma’s name in Hebrew.Among others, he's also got a llittle padlock that Ed Sheeran tattooed on his arm. 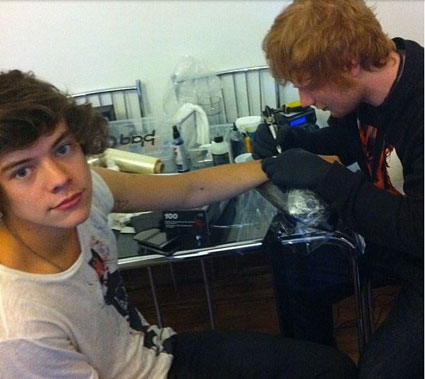 Zayn Malik's tattoos are so big we don't even need to point them out to you really. ZAP! 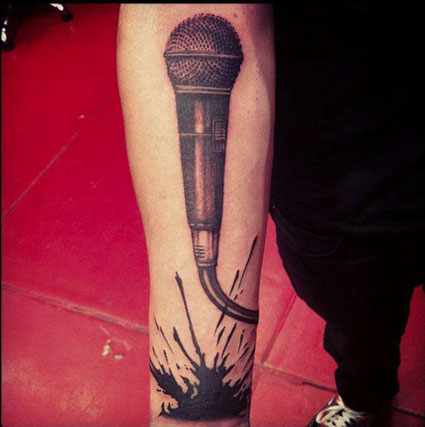 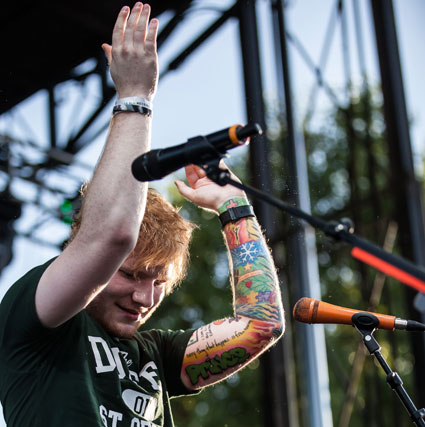 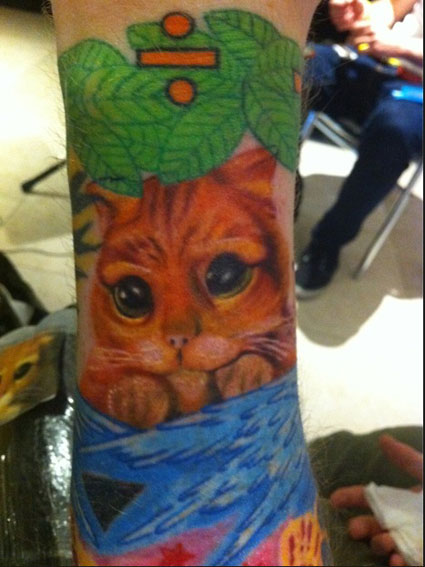 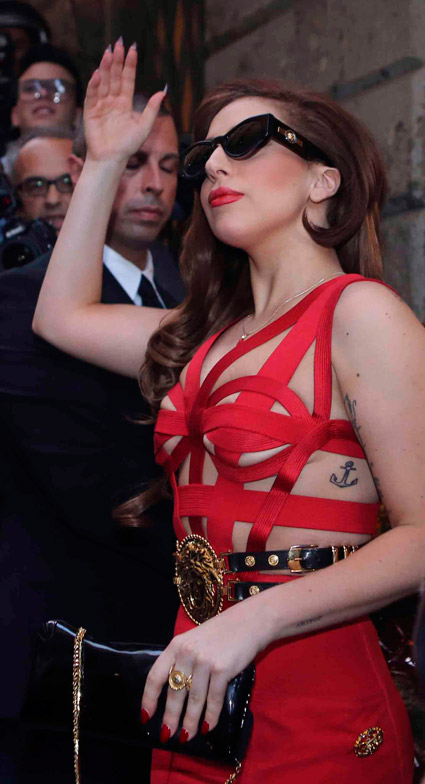 Lady Gaga has loads of tattoos. But then she out did them all by getting one tattooed on her head. 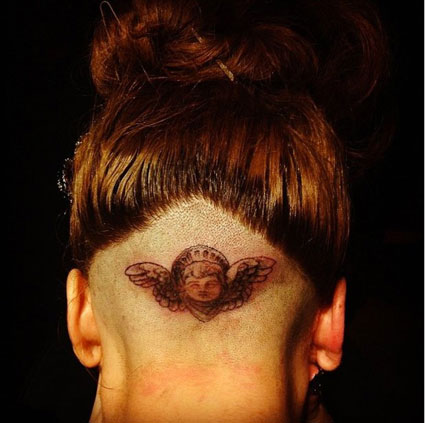 Selena Gomez gets her second Tattoo !!!

Let’s hop in the Wayback machine and travel back to those simpler times before February 2012….before the sweet and sexy Selena Gomez joined ‘Club Ink’.  Yes, she was (and seemingly still is) dating the heavily inked Bieber… and yes, many of the Disney types in her own age group had recently gotten their first tattoos (followed second, third, and [in Miley Cyrus' case], 14th]).  Yet, there were still a feeling (and perhaps a hope among the anti-ink crowd) that Selena would not succumb to such an ‘impulsive’ choice.
February 2012 put all that discussion to rest as Selena got her first tattoo, which was a very cute, dainty music note on her right wrist.  I, for one, loved it (granted, it helped that I had recently gotten over my dislike of tattoos and joined ‘Club Ink’ one month earlier, myself).  For a reminder, here is how she looked after getting her first tattoo:

Like me, it took Selena exactly 8 months to go from Tattoo #1 to Tattoo #2.  Courtesy of one of my good friends, I was sent this story of her getting her second tattoo on September 30th.
It is the Roman Numerals for 76 etched in to the back of her neck.  All we know about its significance is that is a tribute to a family member who means a lot to her.  If she chooses to share more about that later on, that will be here choice.  But, for now, we can enjoy this new body art.

She went to famous tattoo artist Bang Bang in New York (who has placed some of Rihanna’s ink on her body and is responsible for Vanessa Hudgens very cute butterfly neck tattoo).

I would say it is very likely we will be seeing more ink on Selena as time passes.  If she stays with these very pretty, very feminine designs and placements, it will be a visual treat.
Posted by Unknown at 05:22 No comments: