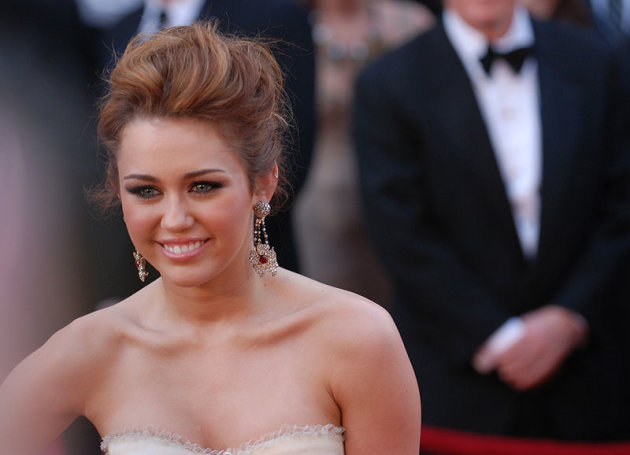 What's all the fuss over young celebrities and their tattoos? Just this week, Vanessa Hudgens appeared on "Lopez Tonight" to promote her new movie, "Sucker Punch," and the conversation quickly turned from talk about her role in "High School Musical" to her new hard-core character in the movie. Lopez quizzed Hudgens about her new neck ink, as the former Disney star flashed her fresh butterfly tattoo. The 22-year-old actress did not get the design for the movie, though. She explained that the butterfly represented the Spanish word "mariposa," and that it is connected to the name Vanessa.
Tattoos on young celebrities are becoming more common. In fact, there are several young icons that have been inked as teenagers. Are these famous celebs following what is in fashion, rebelling against the status quo, or simply celebrating a rite of passage?
Demi Lovato, fresh out of a treatment facility in early 2011, is sporting tattoos that display the words "stay" on her left wrist and "strong" on her right, followed by a heart. She said the tattoos are a way to remember the Lovatics who supported her during a difficult time, and to remind herself and fans that things can get better. Demi's first tattoo, however, was revealed right before she turned 17. It is located on her rib cage and reads, "You make me beautiful," the lyrics from a song by contemporary Christian artist, Bethany Dillon. The "Camp Rock" star's tattoos obviously hold special meaning for her.
Justin Bieber is another well-known celeb who was branded for a 16th birthday celebration. The Biebs' tattoo, the outline of a seagull from the novella "Jonathan Livingston Seagull," appears on his left hip. JB's ink is apparently a rite of passage, and this particular image is a family tradition.
Miley Cyrus is on her fifth tattoo to date. In February 2011, the 18-year-old actress was seen with adream catcher image embellishing her rib cage. Her latest design represents her four siblings. All of Cyrus' tattoos carry specific significance to her. The former "Hannah Montana" star's first inking, a rib-script of the words "just breathe," appeared in late 2009 when she was just 17.
According to a Rolling Stone interview with 23-year-old songstress Rihanna, the personal allure of getting tattoos may come from a pleasure-pain principle she sees in certain unfavorable circumstances in her own life.
With all this permanent pen action coming from the under-25 crowd of young Hollywood, who will be next in line for some body art?
Posted by Unknown at 08:24